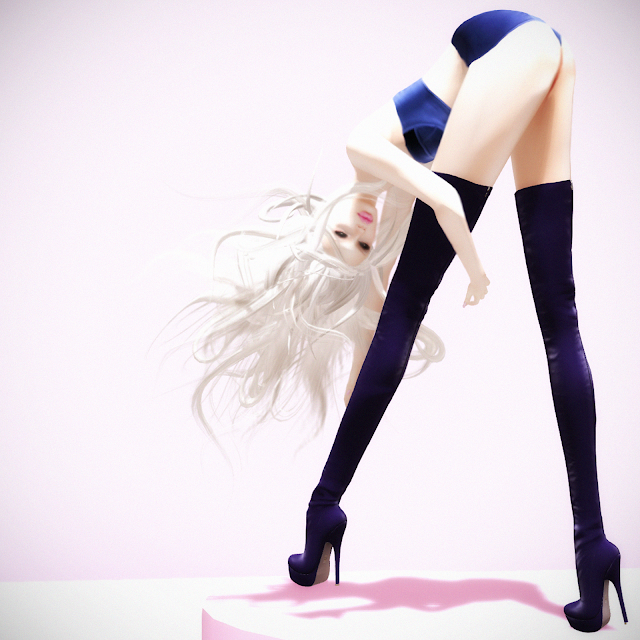 I fell in love today. Truly, madly, deeply. Or maybe it was lust. The end result is pretty much the same. From the moment my eyes met their gorgeous supple leather with it's polished gleam, the perfectly turned teetering heels and elegant arches, I knew they would be mine. In truth, I'd been waiting about a week for that moment, since I saw the first teaser on FaceBook. The new boots from Bax Coen are to die for.

I can remember discovering Bax Coen boots back in 2010 as an almost-noob - the Prestige Boots were THE boots to be seen in, and when I became a model, it seemed there wasn't a model anywhere in SL that didn't have a pair or six hidden away in her inventory. But then, mesh arrived, and we seemed to move on - or at least - there was a whole lot more good quality footwear to choose from, and it seemed the Bax Boots got dusted off less and less often.  Although they've carried on releasing some great new footwear, nothing has quite hit the mark like those perfect Prestige Boots. Until now. My hunch is that the new Bax Regency Boots will fast become the same kind of wardrobe staple as their classic predecessor.

The Regency Boots are materials ready, so the texture will be even better using a materials enabled viewer, and they're liquid mesh, which means they can fit to your "soft tissues" (that's your leg muscles and body fat sliders) unlike regular rigged mesh. There are some reservations about Liquid Mesh, as it's not supported by Linden Labs - and could break in the future when LL release their own "mesh deformer" viewer. You can read more about the Liquid Mesh issue here. Luckily for anyone lusting after these boots like I was, Bax Coen has undertaken to release these in normal rigged mesh as well as a free update, so we don't have to worry too much about them breaking some time in the future. And that's nice to know for someone like me, who will throw all caution to the wind in a footwear frenzy!

Scroll down for my style notes and SURLs. 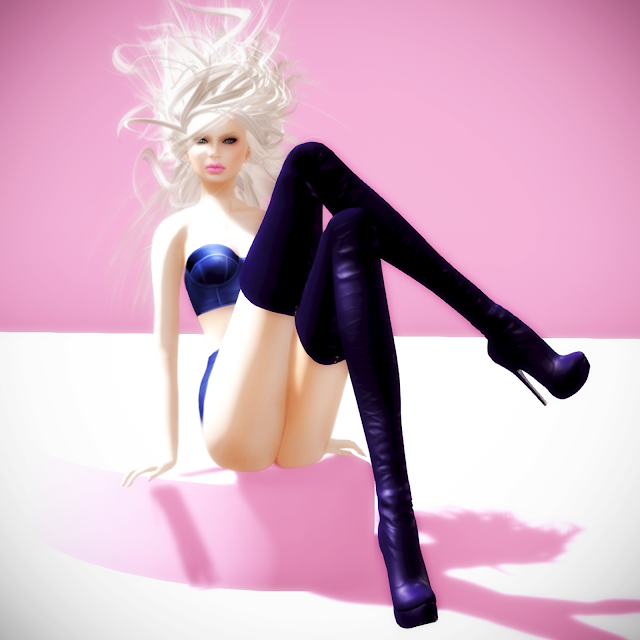 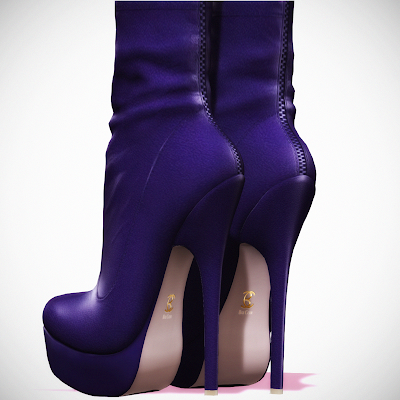 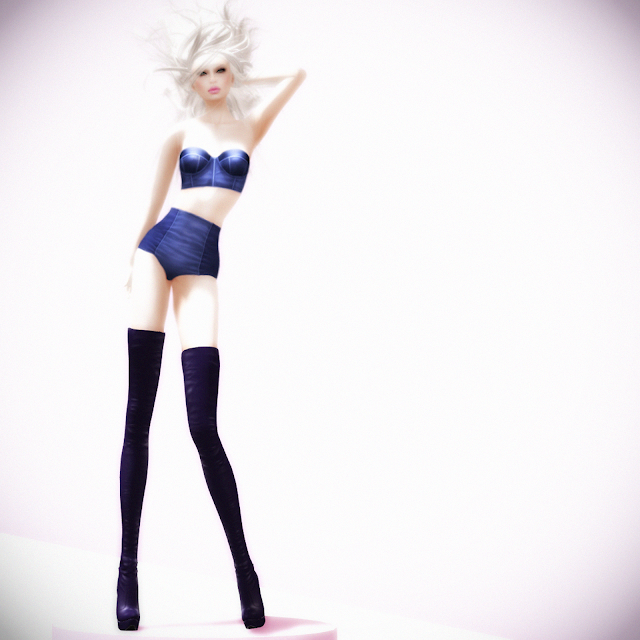