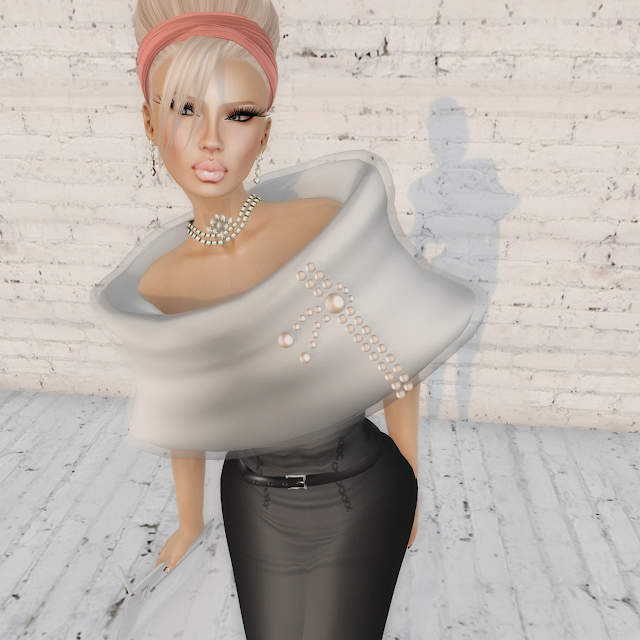 For as long as I can remember, I've been enthralled by the allure of the blonde bombshell. Glamourous, seductive and dazzling, there's something timeless and irresistible for me about this particular iconography of feminine beauty. It's very much a 20th Century phenomena, born of the movies (maybe because this colouring works particularly well on celluloid?) the phrase was first used to describe Jean Harlow, who starred in a film of that name in 1933.

From Monroe to Madonna, every decade produced it's own blonde bombshell. Brigitte Bardot, the French sex kitten, with her sultry, smoky eyes and pale, full,  pouty lips, was the bombshell of the sixties and seventies. Wonderful inspiration, then, for this makeup from blackLiquid - the first in a series called Bombshell - and I can't wait to see what's next in this series from the talented Mz Black!

It's unusual for me to start styling a look from the makeup, but that's how it happened this time. I was just trying it on when I saw a notice about this new release from Les Petits Details - Paris - a super stylish mix of mesh (skirt) and prims (stole) that comes in all black, all white or smoke, a mix of the 2 (shown here). The gorgeous Valerie hair from Tabata Jewell, jewellery from Donna Flora, simple pumps and a white clutch bag complete the look.  Tres chic, I hope you agree! 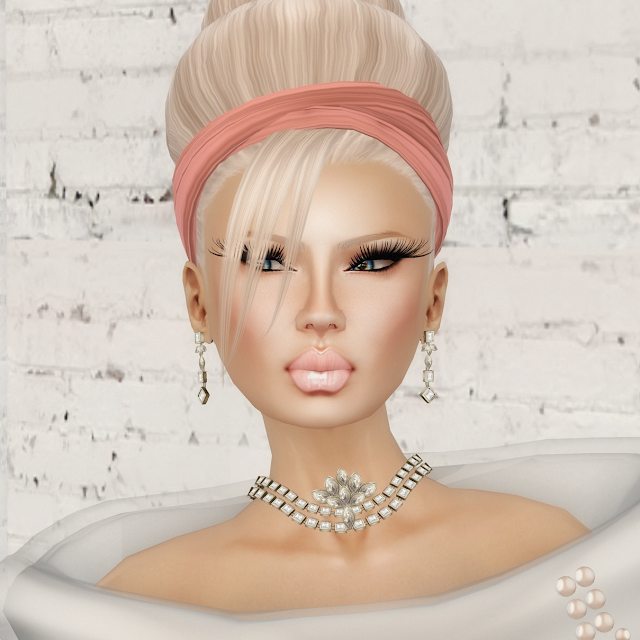 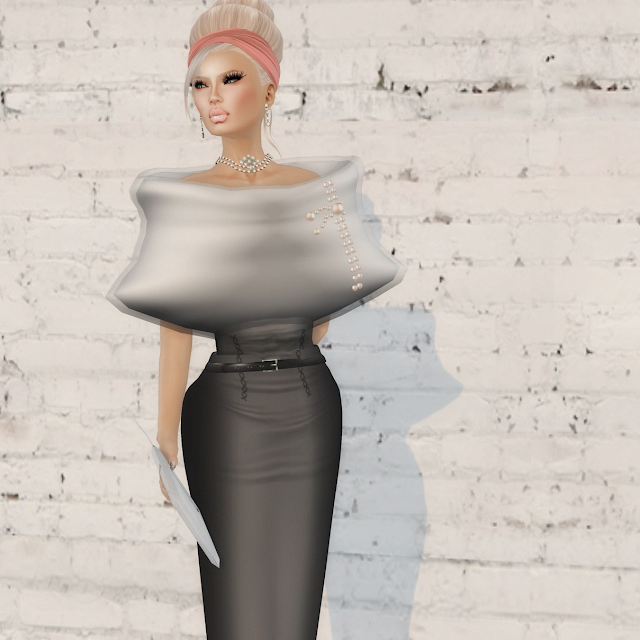 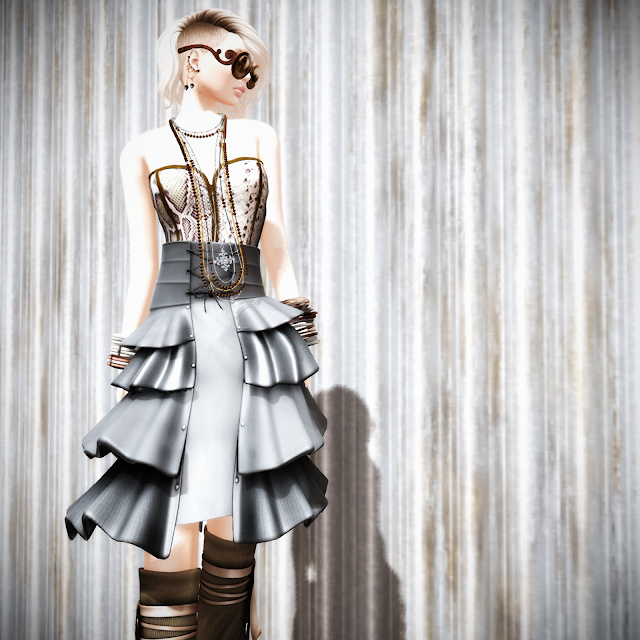