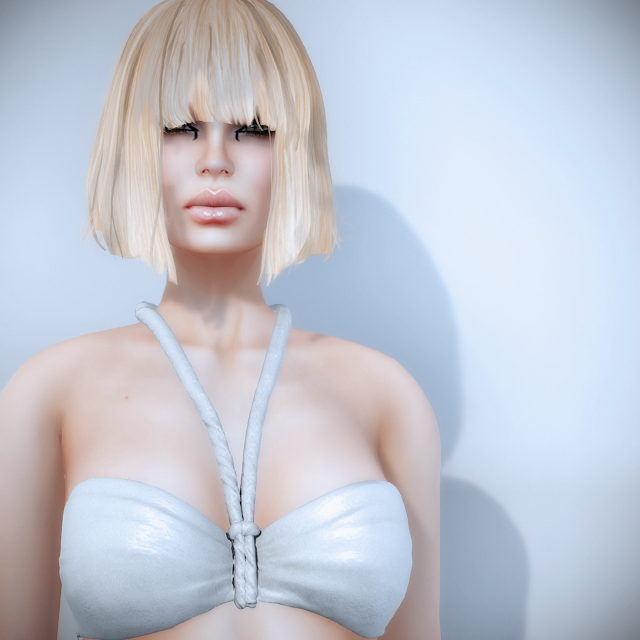 Nobody involved in the little fashion world of Second Life could have missed the almighty row that spread like wildfire over the pages of Facebook and Flickr last week, after one prominent model used the photo of another prominent model to illustrate her opinion that some shapes being used by models these days are ugly. I have no intention of rehearsing the arguments here. Suffice to say that people on both sides felt bullied and victimised, apologies were offered and ignored, and arguments went round and round with apparently little or no understanding. All in all a pretty ugly affair.

But it did get me thinking. In a virtual world where I can manipulate my pixels in any way I like, why do I try to emulate the dominant Western concepts of beauty? Is this just evidence of the power of contemporary media to shape what we believe is beautiful? Because really, there is no such thing as absolute, objective beauty - beauty is a cultural concept. It differs from continent to continent, and from age to age. Even in modern fashion, we can see how the kind of beauty that was celebrated in the 1960's (the waif) gave way to the supercharged supermodels of the 80's and then the heroin chic of the 90's. In the 70's punk stuck 2 fingers up to the fashion orthodoxy and took the world by storm and Vivienne Westwood, queen of punk is now a Dame of the British Empire and a living fashion legend. And that's just the past few decades. If we go back in time, we can see how voluptuousness and curves were the celebrated physical characteristics in the 17th and 18th centuries, and even more so in the most ancient pagan cultures, where the figures of goddesses that have been discovered are all about exaggerated bellies, bums and breasts - symbols of fertility, fecundity and femininity.

I choose to make my avatar tall, thin and have facial features that are more or less proportionate - although actually, my mouth is too big,  my eyes and nose are too small and my jawline is a little too narrow to be "perfect". But for me, these imperfections are what give me a distinct "look".  Why so tall? Because when I walk runway, it looks better if I'm a similar height to the other models. Why so thin? Because I'm lazy, and I want to be able to slip into a size XS or S without having to change my shape to make the clothes fit. I've always been something of a pragmatist.

I get a lot of satisfaction from people telling me they like the look I've created. I'm sure there are others who find it plain, ugly or boring too. And that's OK. When I became a model I knew I was going to be judged - it goes with the territory. One thing I would never want to see, is every "model" in Second Life looking the same. Because diversity is beautiful. Creativity is beautiful. I applaud people who can manipulate their pixels with originality and who dare to be different, even if what they create doesn't conform to the dominant concept of prettiness or beauty. In a virtual world where our imaginations are the only limit, isn't is wonderful to see how differently we can express ourselves? 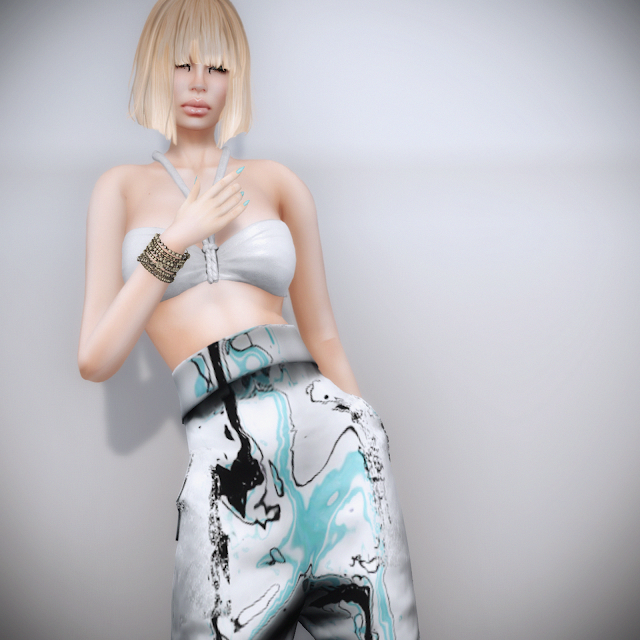 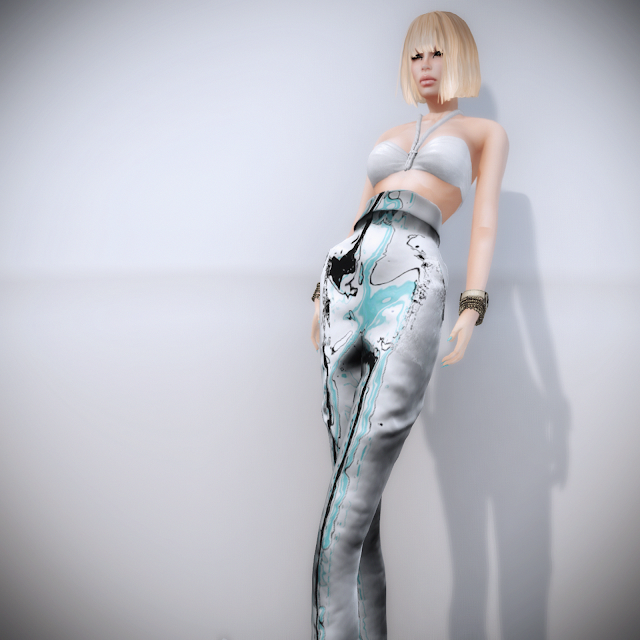 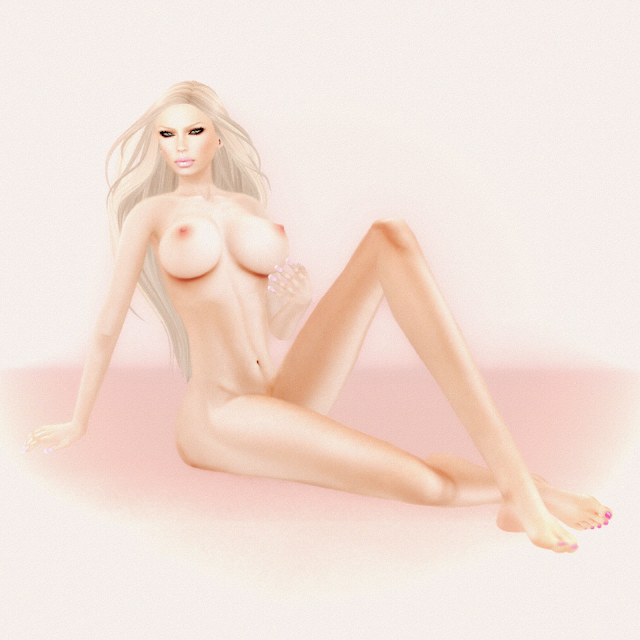 Fake boobs have been around forever in SL, but they've never really caught on the way that the new Lolas! Tangos implants have. Suddenly half of my friends are chatting about their new boobies, which makes for some bizarre sounding conversations "I was just playing with my boobies when...." Given they're such a hot topic at the moment, I thought I'd share some of my thoughts about them. Lolas! Tangos by Sandy Moonites are mesh implants that come with a menu to select skin tones, nipple shapes, piercings,  skin tone blender tattoo layers,  some simple garments,  and the clothing layers needed to complete them. You add clothing to your implants using an "applier", and cleverly, a developer pack is included with each purchase, so clothing and skin designers can make their own appliers. There's already a growing range of skins and clothing that is made to fit these boobies perfectly.  You may have noticed that my usual model avatar shape is