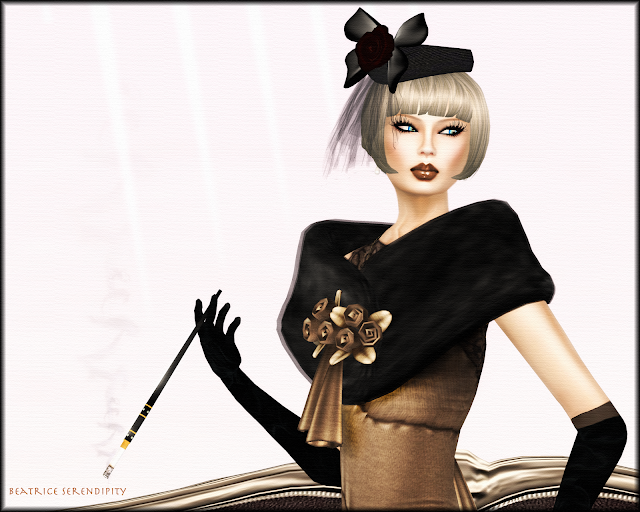 I've set myself a personal styling challenge for the Vintage Fair - I aim to style and photograph an outfit for each decade the fair covers - from the 1920's to the 1980's, using mainly items found at the fair. I'm finding it quite interesting as I'm learning a little about 20th century fashion as I go.

First up, the 1920's. Well, I may as well start at the beginning! The twenties saw the beginning of what we think of as modern fashion. The most radical change was that the corset ceased to be compulsory - women were able to move more freely without the constriction of the corset, and shapes became more natural. Skirts got a little shorter, as did hair, with the bob becoming a big fashion, thanks in part to film actresses such as Louise Brooks. The classic look we probably think of first when we think of the 1920's is the flapper, with cloche hats, short bobbed hair and loose shift low waisted dresses that gathered at the hips.

When I saw the Connors cocktail dress I knew it would make the perfect base for my 1920's look - the seaming is wonderful and it looks like it's been cut on the bias, the combination of lace and georgette fabrics is great too. I added the cute hat from Baoba, which I re-coloured, and the fur stole and long gloves to complete the look. The finishing touch is the elegant cigarette holder from Dolly which comes with a working smoke attachment to use if you want to look like you're really smoking!

A number of pose makers have made special sets of poses for the fair - I used one from oOo Studios for this look.

Here's your taxi to the Vintage Fair. It's pretty busy at the fair at the moment, so be prepared for some lag, but I'd thoroughly recommend a visit to see an impressive array of designers from across the grid. 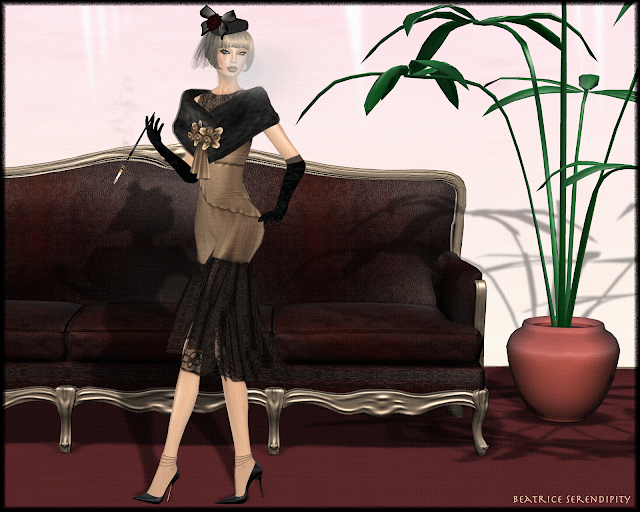 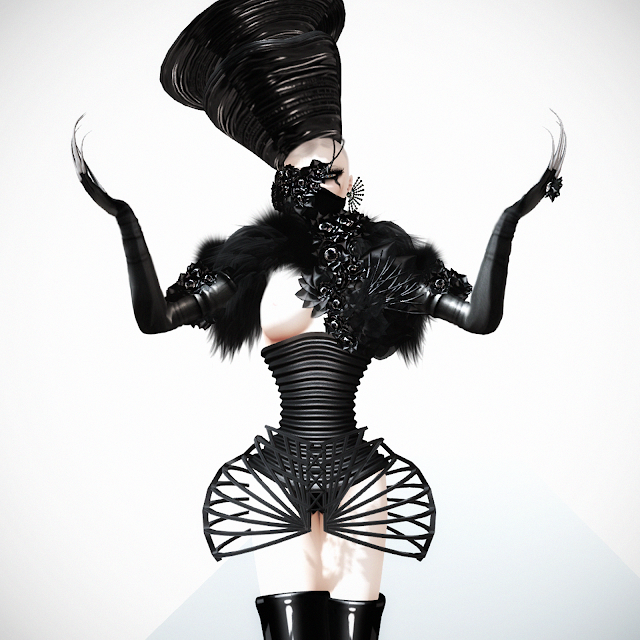 The second challenge for stage 2 of the Avenue RIVAL casting, was something altogether different - Avant Garde Fetishist. Here's what Avenue had to say about this theme: "Taboo season is out, so it is time to crack the whips and get styling... literally. You need a pinch of bold, a dash of daring and be generous on the severe. Yes, we want you to style in your best avant-garde with a fetish inspiration. What does this mean? Pick edgy, structured, clean, severe, architectural lines. Make your choice of leather, pvc, latex, vinyl, lace show us who you are... underneath.  What do we expect to see?  - architectural - structured - fetish  - avant-garde ... all combined into one." If you're familiar with my work, you'll probably know I have a fondness for corsetry, burlesque and risque looks...so this one came quite naturally to me, and although it's a very elaborate look, it actually took much less time than the Alexander Wang inspiration.