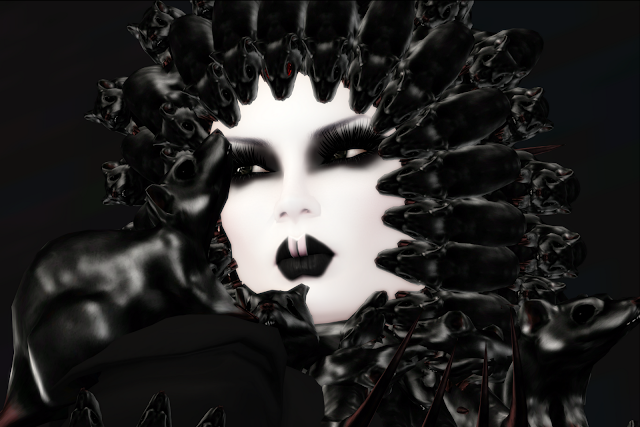 London's Sewer Succubus
"...a supernatural creature whose true appearance was that of a rat; she would follow the toshers about, invisibly, as they worked, and when she saw one that she fancied she would turn into a sexy-looking woman and accost him.

If he gave her a night to remember, she would give him luck in his work; he would be sure to find plenty of money and valuables. He would not necessarily guess who she was, for though the Queen Rat did have certain peculiarities in her human form (her eyes reflected light like an animal’s, and she had claws on her toes), he probably would not notice them while making love in some dark corner. But if he did suspect, and talked about her, his luck would change at once; he might well drown, or meet with some horrible accident."

Probably the most original Halloween outfit I've come across this year - it's rat couture from blackLiquid! The mesh sheath dress is embellished entirely with black rats, some with glowing red eyes, and it comes with shoes that also have little rats crawling on them!  It's called Exploited and was released for the Avenue Cinque event. It's on sale now at their retail venue. 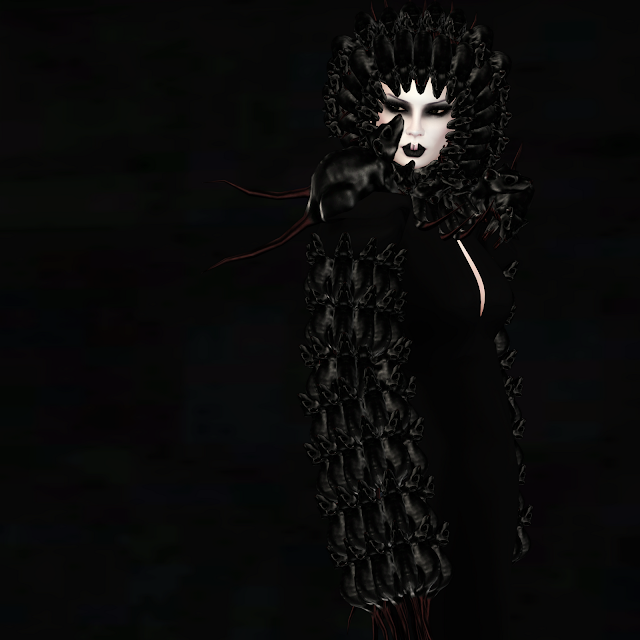